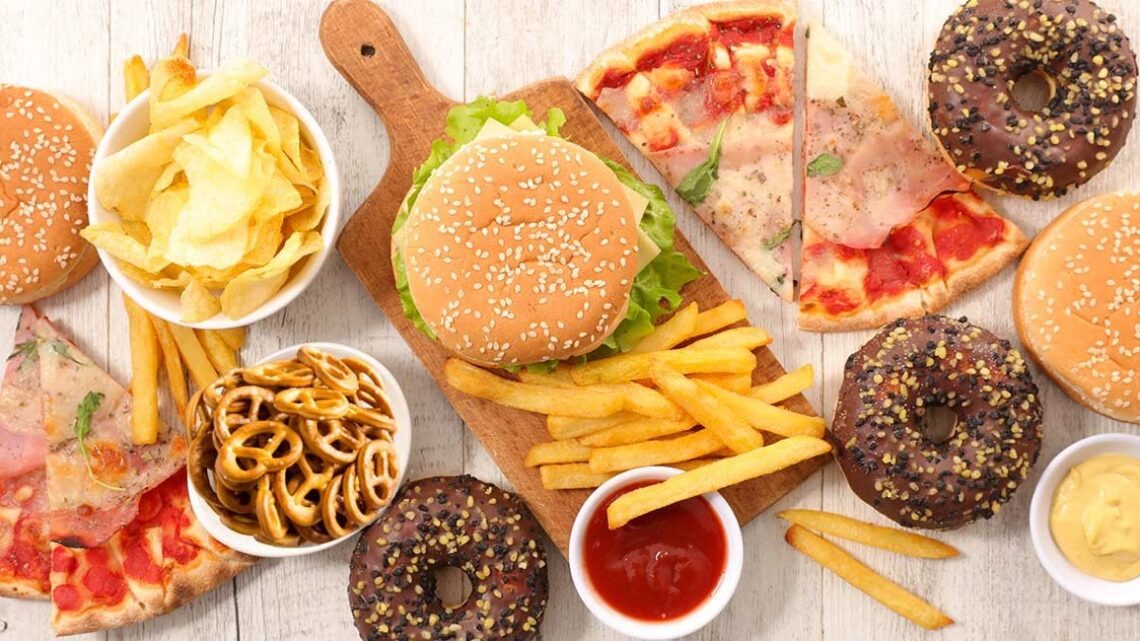 Every time you eat, you are either fighting disease or feeding it.

What are Processed Foods?

A portion of processed food is food that has been altered in some way during preparation. Food processing can be as basic as freezing, baking, drying or canning. Not all processed foods are unhealthy. There are foods that can be highly nutritious and beneficial for our body even after processing. For example, some foods require processing to make them safe. Such as milk in which pasteurization removes harmful bacteria.

Other foods need processing to make them suitable for use such as pressing seeds or olives to make oil. However, there is plenty of other processed food that is bad for health. Because ingredients such as salt sugar and fat are added to them to make their flavour more appealing. So let’s dive into the 7 reasons why processed foods aren’t the best choice for us.

In general, when foods are processed, they lose some of their nutrition. Let’s look at berry for example. So the berries, when it becomes a berry spread, lose a lot of their vitamin C. So it’s not as nutritious as the original food. Now, someone who eats a lot of processed foods will end up not getting enough vitamins and minerals. So that’s why having a heavily processed diet means you’re not getting the full nutrition.

So, a lot of processing removes the fibre from the original food. A good example of this is white bread. So white bread does not contain the fibre that the original wheat kernel has. So if you were to eat something like farro, which is the wheat kernel. Just boiled or steamed, that actually has quite a bit of fibre, but white bread – hardly anything.

So there is that difference. And if someone were to eat a lot of processed foods. They wouldn’t get enough fibre compared to someone who eats more whole foods.

Now why is fiber important?

Well, it’s important for a number of different things. Mainly for digestive health and for good bowel movements. And just in general having your system run smoothly and having you feel fuller for longer.

People who eat more fibre tend to be a lower weight. Because they get satisfied with smaller amounts of food.

Now what about foods that have added fiber?

There’s a granola bar company that does this – they add fibre. So they add fibre to their granola bars. Does that make the processed food good for you? I don’t think so! Adding fibre to a food that doesn’t have much nutrition doesn’t help. Ideally, get your fibre from whole foods. So ways to get fibre from whole foods would be things like legumes, fruits, veggies, nuts, seeds, that sort of thing.

So, many processed foods contain a variety of additives. Things like stabilizers, artificial food colouring, artificial flavours, what else? Gums, texturizers, everything. There are a lot of different additives. Now I don’t want to paint all of the additives with the same picture. I know a lot of people on the internet will tell you – additives are toxic. I disagree with that because not all additives are bad for you, but many of them can be. So, whenever you’re in doubt, do your research – read the nutrition label. And figure out if it’s something you want to have or something you want to avoid.

Now the other thing I wanted to say about additives is that additives affect everybody differently. So MSG is a good example. MSG does not affect everyone the same way. Some people can tolerate it with minimal issues, some people cannot. Someone who has a very strong digestive system can handle most of them. Some people with weaker digestion cannot. So with additives, it really depends on the person. But avoid having too many in your diet. Because you really don’t know how they may impact you long-term.

5. They Change Your Taste Preferences

Processed foods can change your taste preferences over time. Making it harder to stick to whole foods. Most processed foods are engineered to taste irresistible and to be extremely tempting. Food engineers, food scientists, lots of different people work on creating products that you can’t stop eating. So it’s like a bag of chips. You think you’re going to have a few and then you have the whole pack. They’re engineered to taste that good. So with processed foods what happens is over time your taste buds get so accustomed to that punch of flavour that whole foods start to taste kind of bland.

So carbs are not evil. You can eat carbs and be healthy. It totally depends on how much you eat, what you eat it with and your body type. And the biggest thing what’s the source of the carbs? So when it comes to carbs – whole-food carbs. Carbs that come from actual whole foods that do not undergo changes (in their original form) are the best kind of carbs. It’s the refined carbs – the ultra-processed foods that contain those refined carbs. That’s the problem.

So What Exactly Is The Issue With Refined Carbs?

Well, it causes blood sugar spikes. So what happens when you eat them is you have that big rush of blood sugar. And then you have that drop and then you’re hungry again. You’re constantly snacking, constantly hungry, never satisfied. Because there is not enough fibre as well. So refined carbohydrates in processed foods are the problem. Good examples would be things like cookies, muffins, cakes, white bread, and white pasta. So the best choice really is to stick to whole foods when it comes to your carbohydrates.

They cause changes in metabolism. As well as a higher cancer risk in certain cases. Basically, the reason why processed food has a negative impact on health is because of two things. One is the fact that it’s so easy to overdo processed foods. Second, they’re tempting and they’re irresistible. You tend to eat a lot and then that can cause weight gain.

The thing is when you’re eating a lot of processed foods, you’re crowding out the whole foods. That could have been part of your diet. And you’re crowding out all that good nutrition that you could have received from your whole foods. So in that sense a processed food diet doesn’t have as many vitamins and minerals and phytochemicals. All those good things that keep you healthy. So that really is the main issue with processed foods. I hope this article was informative and you learned something new. Or even if you didn’t learn something new, it served as a refresher for why you’re avoiding processed foods.