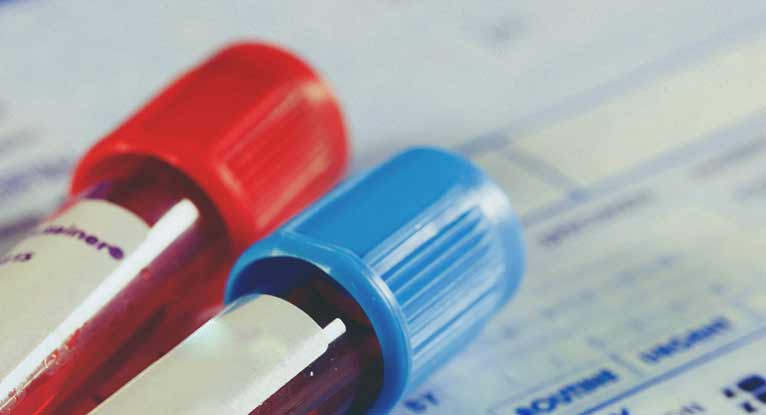 Why does Iron Deficiency Anemia Occur?

Iron deficiency anemia occurs when your body does not have enough iron to make hemoglobin. Hemoglobin is what helps your blood cells carry oxygen to your tissues. And when you don’t have enough iron your muscles and tissues can’t get the oxygen they need.

You may be pale or somebody may comment on the fact that you’re pale. You may feel tired all the time, you might not feel rested after a good night’s sleep. Or you might feel cold all the time and it takes you ages to warm up. That might be signs of having mild anemia.

When Is Iron Deficiency Severe?

As your anemia gets more severe, a protein in your blood called hemoglobin drops. So your iron levels drop. And you can develop much more severe symptoms for example shortness of breath. You might find that you can’t go up the stairs as easily as you could before. You may even develop chest pain, which may be quite frightening. And it might feel like you’re having heart problems. You might develop very brittle nails. And your hair might thin or fall out.

And in very unusual and rare cases particularly severe iron deficiency anemia, you may develop a craving for non-food substances. So you may have a really strong desire to eat coal, would you believe, or ice or even sand or gravel.

Iron is a mineral that comes from the foods we eat. So it is easy to treat this condition with changes to your diet. Let’s talk about foods high in iron including ones your body absorbs best. I’ll also go over foods that help your body absorb more iron and foods that prevent iron absorption.

It is important to know there are two types of iron foods heme iron and non-heme iron. Your body is able to absorb heme iron better than non-heme. The heme comes from animal sources of food. The best sources of iron include chicken and beef, liver, and seafood. On the other hand non-heme iron comes from plant food sources in order of highest to lowest iron content. This includes spinach, beans and lentils, fortified breakfast cereals, and baked potato with the skin, prunes. And other dry fruits like raisins and apricots and nuts especially cashews and almonds.

Next pair foods that are high in iron with foods that help your body absorb iron. Foods rich in vitamin C increase iron absorption. I recommend you pair your foods with citrus fruits, Kiwi, pineapple or mango, broccoli, bell peppers, Brussels sprouts, or tomatoes. Maybe you could do your breakfast like oatmeal with nut butter and a glass of orange juice. Chopped tomatoes with steak for an iron-rich dinner, which is a creative combination. Find the duo of iron and vitamin C which works best for you.

Iron Deficiency: Foods Not to Eat

Finally, avoid foods that block iron absorption. These include coffee, tea, foods high in calcium like dairy products, and phytates. And since phytates are compounds located in the outer layer of nuts seeds legumes and grains you can reduce phytates of these foods by soaking them for up to 24 hours, before cooking. Honestly, you don’t need to eliminate these foods from your diet or use complicated methods. Instead, simply plan your meals carefully so you don’t eat these foods at the same time that you eat the iron-rich foods.

So what are the causes of iron deficiency anemia? Well, we can break the causes up into, I suppose, three different kinds of headings.

So it is what it sounds like. It happens when you’re not taking in enough iron in your diet. And that can be very commonly found in people who are vegetarian or particularly vegans. So iron is found in large quantities in red meat and dark leafy vegetables. And it’s important to remember that when you boil your dark vegetables you lose a good proportion of iron. So it’s always better to steam your vegetables if you want to increase your iron intake. So that’s the first category of reasons why people might be suffering from iron deficiency anemia.

The second reason why people might suffer from iron deficiency anemia, is an increased loss of blood. Or an increased loss of iron from the body and that’s normally through bleeding. So how do we bleed or what kind of conditions would cause excessive bleeding? Well in women, very heavy periods would be the most common cause of iron deficiency anemia.

There are also other types of gynecological problems in women that will lead to increased bleeding. Then there are conditions, from the bowel that will cause increased blood loss for example very severe hemorrhoids. But colon cancer or bowel cancer or colorectal cancer is another very common cause of having an iron deficiency anemia.

When is iron deficiency dangerous? And when shall I get tested for iron deficiency or iron deficiency anemia? Well, I suppose the answer to the first question is yes. Most of us should have our iron tested at some point in our lives. But particularly if you’ve experienced the symptoms we discussed above you should probably get tested. So if you’re tired all the time, if you’re feeling cold, if you’re pale or somebody’s noticed that you’re pale. And if you’re a vegetarian or vegan and you’re not replacing your diet with iron supplements or iron rich foods, then I advise you to get your iron levels checked.