Home » Home » Types of Whole Grains You Need to Consume! 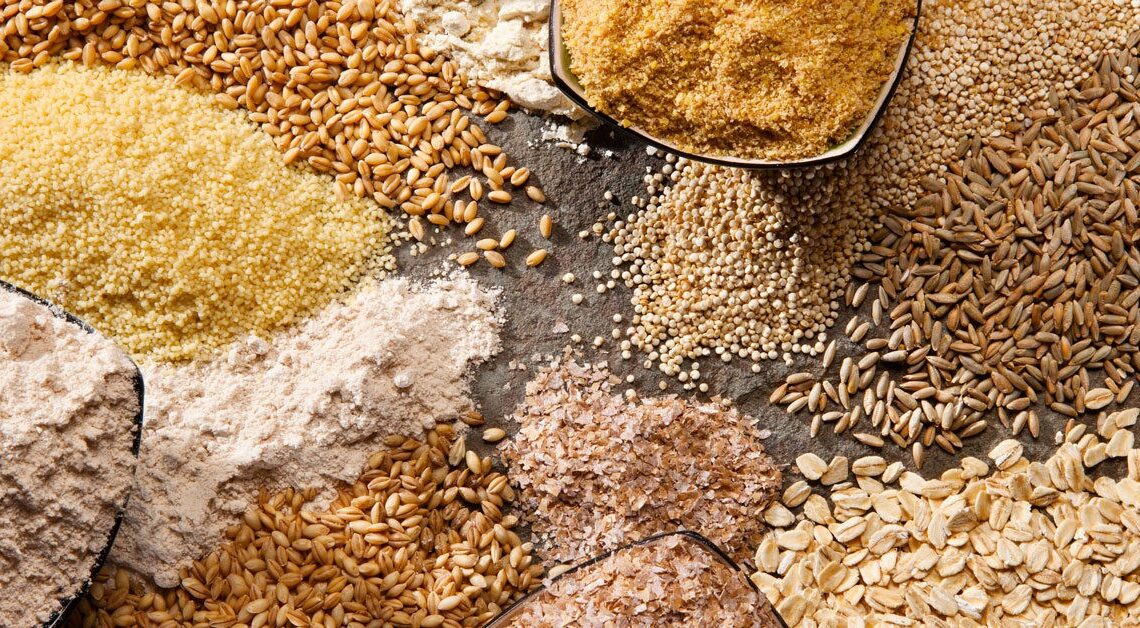 Types of Whole Grains You Need to Consume!

Whole grains are little wonder foods. Nutritional powerhouses are not only good for us but also add a whole new level of variety to our cooking. They’re by far the best source of energy from a carbohydrate food. High in fibre and protein, they deliver the consistent energy our bodies need. They also contain many essential vitamins, nutrients and antioxidants. And are low fat complex carbs, which will make you feel satisfied for longer. Curbing those cravings and desires to overeat. In the previous article, we talked about grains as a whole. But here’s a rundown of the top grain types available on the market. Some you may have heard of, and others may be completely new to you. But before we move on let me give you an overview of gluten protein.

It is a name for a variety of proteins in grains. Gluten is responsible for the sticky, gluey, structure of the dough. Most people can tolerate gluten without developing any physiological reaction. But people with gluten sensitivity and celiac disease are allergic to gluten. When they consume gluten-containing food it results in bloating, nausea, diarrhoea, rashes etc. They are recommended to go on a gluten-free diet. But those who do not have gluten allergies can safely consume all types of grains. As for whole grains, luckily we have both gluten-free and gluten-containing grains. Let’s start with gluten-free grains.

Following grains are naturally gluten-free and you can consume them on a gluten-free diet.

Quinoa was discovered by the Incas in Peru. It’s a complete protein, therefore, making it a great alternative to meat. And it has a bitter coating so rinse it before cooking. But once cooked it’s got a nutty, chewy texture, perfect for salads.

Sorghum is native to Africa. And it’s an excellent source of magnesium and a good source of vitamin B6. Which is good for healthy cholesterol levels. When ground, it’s a great substitute for wheat flour in baking and when left whole it’s a yummy popcorn alternative.

Originating from Asia, buckwheat is a fruit seed related to rhubarb and sorrel. So, you’ll recognize it by its unique triangular shape. And buckwheat is a really rich source of antioxidants.

So it is one of the healthiest, nuttiest and most versatile whole grains. It has a strong, distinctive nutty flavour. And buckwheat flour makes really great pancakes or crepes.

Amaranth was discovered more than 8000 years ago by the ancient Aztecs. They relied on it as one of their staple foods. And like quinoa, it’s a complete protein so it’s a great alternative to meat.

Amaranth is a tiny seed with a nutty flavour. And works well as a substitute for oatmeal or porridge or as a crust for meat and tofu.

Millet was widely used in Asia before rice became the staple grain in the region. Because it’s a really great source of manganese, which is good for healthy bones!

Millet has a subtle flavour. So it is great on taking flavours from other ingredients. So use it like you would use rice or couscous.

Cornmeal or polenta is believed to have been discovered by Native Americans. And is derived from ground, dried corn. So it’s a great source of magnesium, phosphorus, manganese, selenium, vitamins B2 and B3. Cornmeal is super versatile.

Cooked cornmeal works as a replacement for pasta, rice or potatoes. And uncooked is a great alternative to flour in baking.

Teff is found predominantly in Ethiopia and Eritrea. And can thrive in difficult climates, including waterlogged soils and during droughts. Rich in calcium, iron and protein. And it offers 100% of your daily recommended intake of Manganese. One of the most important nutrients for healthy bones. So, cook teff in boiling water, or sprinkle uncooked in soups, salads and baked goods for a bit of a crunch.

Barley, which originated in Ethiopia and South East Asia over 10,000 years ago. The most common form is pearl barley. Which has the outer husk and bran layers removed.

It will give you a great boost of vitamin B1, which is great for your metabolism. It’s great for adding to soups or stews to add a bit of bulk.

Farro is the Italian name for emmer wheat, hard wheat from western Asia. It’s an excellent source of vitamin B3. Similar in texture to pearl barley, farro is popular in Italy.

It’s well known for its distinctive nutty, roasted flavour and chewy texture. It’s versatile and can be added to soups, risottos and salads.

Spelt originated in Iran and parts of southern Europe. It’s a relative of wheat and is one of the oldest whole grains. A portion of spelt provides 50% of your daily recommended intake of manganese. A nutrient that is good for strong, healthy bones.

It’s got a characteristic nutty, grassy flavour. So it works well in risotto recipes. Or as a substitute for oatmeal or porridge.

Freekeh is a Middle Eastern grain. And is actually wheat that is harvested early whilst it’s still green. The kernels are then roasted and dried. It’s an excellent source of iron and copper.

It also has a slightly smoky flavour, a nutty texture and is super versatile. Use it in salads, soups, stews or pilafs

Bulgur wheat is wheat that has been parboiled, dried, and then cracked. It’s popular in Middle Eastern and Mediterranean cuisines. Much like spelt, a portion of bulgur wheat contains 50% of your daily recommended intake of manganese.

Because it’s already partly cooked, it’s incredibly quick to prepare. Bulgur wheat is perfect for whipping up a quick salad or Tabbouleh.

Kamut is a trademark name for a type of Khorasan grain. That is believed to have derived from ancient Egypt. A one-cup portion of Kamut provides around 20% of your recommended daily intake of dietary fibre. This brown grain with a long shape is similar to basmati rice. And can be used in much the same way. It has a slightly sweet, buttery taste, which lends itself well to salads and stews.

Despite the slightly confusing name, they’re not berries. But the whole kernels from the wheat plant with the husks removed. They’re an excellent source of selenium, a great nutrient for protecting your body against infections.

They have a delicate, creamy, nutty flavour. So they are perfect for salads or even as a breakfast Bircher muesli.